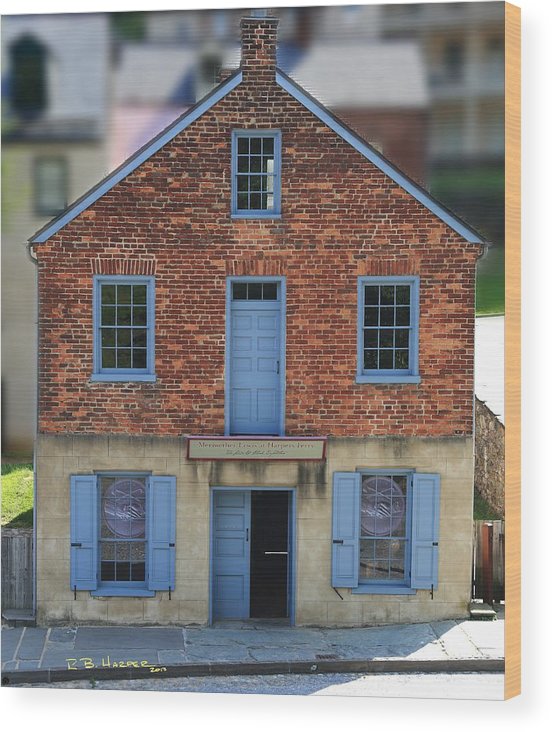 Meriweather Lewis at Harpers Ferry wood print by R B Harper.   Bring your artwork to life with the texture and added depth of a wood print. Your image gets printed directly onto a sheet of 3/4" thick maple wood. There are D-clips on the back of the print for mounting it to your wall using mounting hooks and nails (included).

Harpers Ferry is now best known for radical abolitionist John Brown's 1859 raid on the arsenal there but it was the site of a United States Armory... more

About R B Harper

"The girls say I'm pretty easy; I can be had for most anything with wheels, keels, or terabytes." Dick Harper says. Dick is a contributing columnist for New England’s oldest afternoon daily. He writes trade and general interest articles on consumer issues, cars and boats, manufacturing equipment, and management for small businesses and arts organizations. Oh, yeah. And he takes pictures. A barefoot, outdoor and nature photographer, he has fine art and stock photography from New England, the Atlantic coastal states, Florida, and the American Southwest. "I'm serendipitous," he says. "I'll sit on a site waiting for the superlative sun but I'm just as happy to have a walk around body when I see a speedboat on my street." Click the...